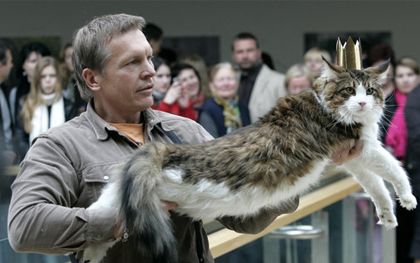 Maine coon cattery Lordcoon*LT cat Eži Chris got the title of the heaviest cat in Lithuania at a cat show in Vilnius.

"This Sunday the heaviest cat in show was announced. To get the exact weight the judges of the show were weighing the cats a few times. only Maine coon cats were competing to get the title of the heaviest cat. Genadijus Movinas' cat Chris became the winner of this competition with his weight of over 10kg. The organizers of the show emphasized that only heavy cats were participating in this show, not overweight ones. The show was arranged by "Bubaste" felinologist association of Lithuania in compliance with all the rules of the international felinologist federation." Translation of Gedas Salyga "Lietuvos Rytas" (2010-10-03)

"...10 kilograms and 60 grams. That's the weight of the heaviest cat in Lithuania - Ezi Chris. The owner, who lives in Neveronys (near Kaunas), Genadijus Movinas, says that Ezi Chris is a very strong and powerful cat, but very peaceful and calm animal at the same time. The cat with the crown went into his cage right after the ceremony was over. It seemed as if the cat didn't even care about the celebration. G. Movinas couldn't say how much of food his cat eats every day. Ezi Chris lives together with the other cats and the owner does not limit dry mach for the cats. Maine coons breeder also noticed that Ezi Chris, who only turned 1 this May, can gain couple more kilos. In fact, Maine Coon cats develop until they are 3 years old. Ezi Chris' father came from the U.S., mother - from Canada. "We could bravely say that this cat has pure american blood. None of Europian." - says Genadijus Movinas. How much is the cat worth? G. Movinas says, that the price can vary between 1500 and 2000 euro for a European cat. " - Arūnas Dumalakas "Lietuvos Rytas" (2010-10-04) 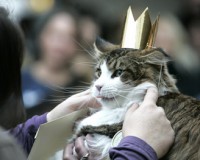 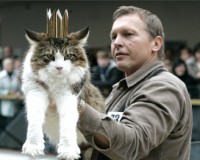 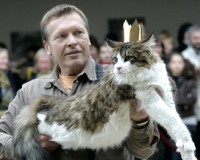 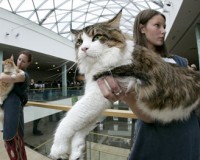 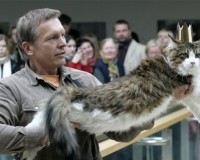 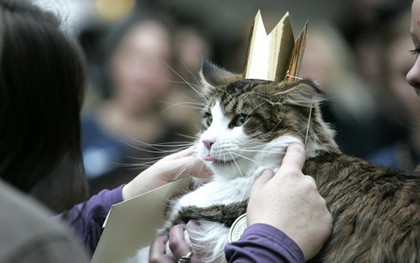 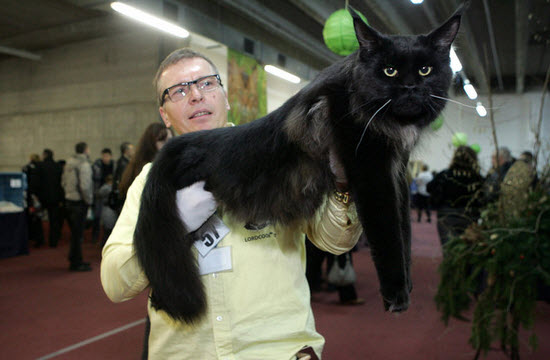